Everyone knows a tape recorder but few know a wire recorder. The principle is the same. A tape recorder records sound on a tape and a wire recorder on a steel wire. Alfred had such a device and fortunately a few reels of sound were found in Euskirchen. The device was first restored by the Olen Radio Museum and now works perfectly. Normally you would expect little or nothing of the sound to be recovered, but nothing could be further from the truth. I mounted a very small fragment on a photo of Alfred as if he were really talking. For those who have known him it must be scaring to hear his voice again. 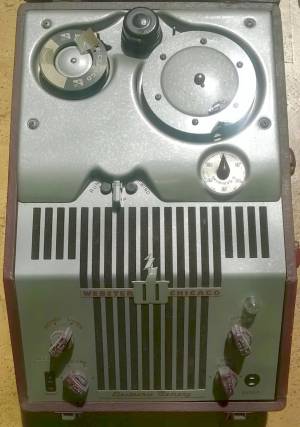 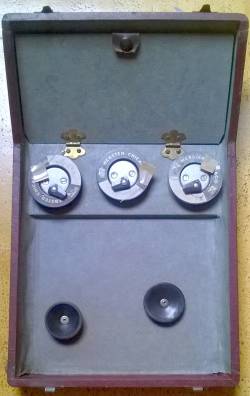 Cover of the Webster with single wire reels.