01.1961 Renewal of consultation contract with Gavish in Rishon-le-Zion

Alfred continues to place advertisements in 'Sprechsaal', a trade magazine. He does this to see if he can find a job if his foreign adventure goes wrong or ends. Remember, in Israel there is still the threat of war. At the same time, he knows whether there is much demand for company managers and what that means in terms of remuneration. Coincidentally, his friend Lotterjonk also responded to the announcement. Since the announcements are anonymous, one does not know to whom one is addressing and one has to respond to the magazine with an announcement reference. This is also how 'Rupel Boom' reacts. He does not respond to any of them immediately except the reaction of his friend Lotterjonk. Tzor's response in Bat-Yam is later answered in Israel in the month of October and ends in a contract for 1962. 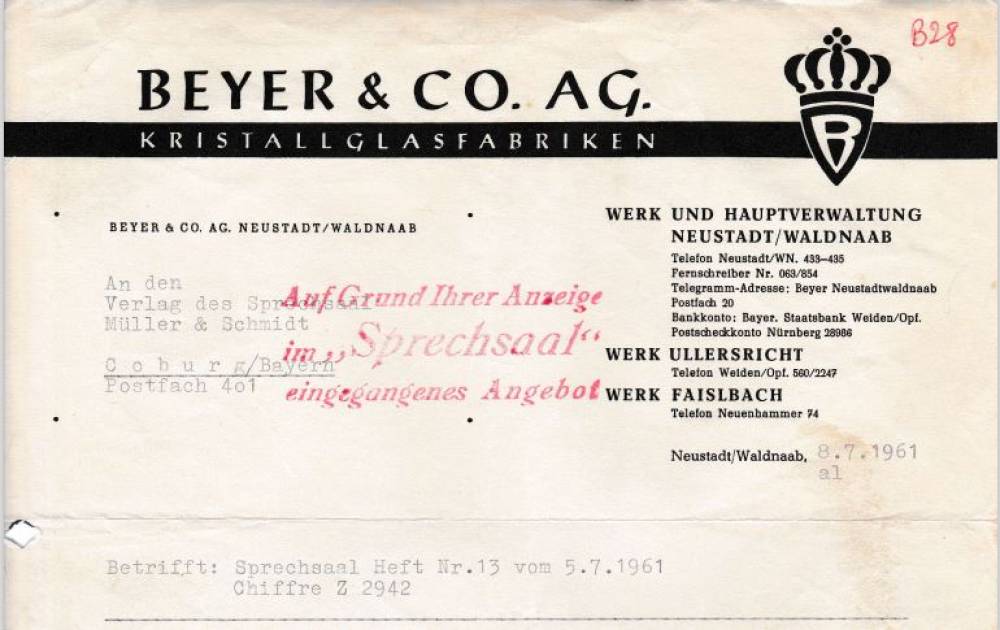 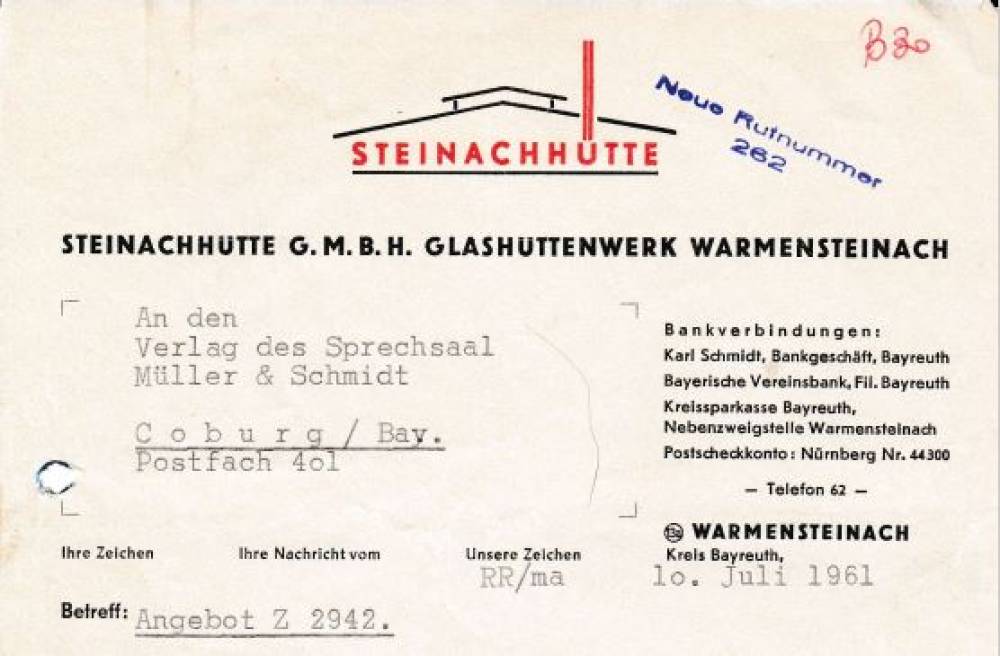 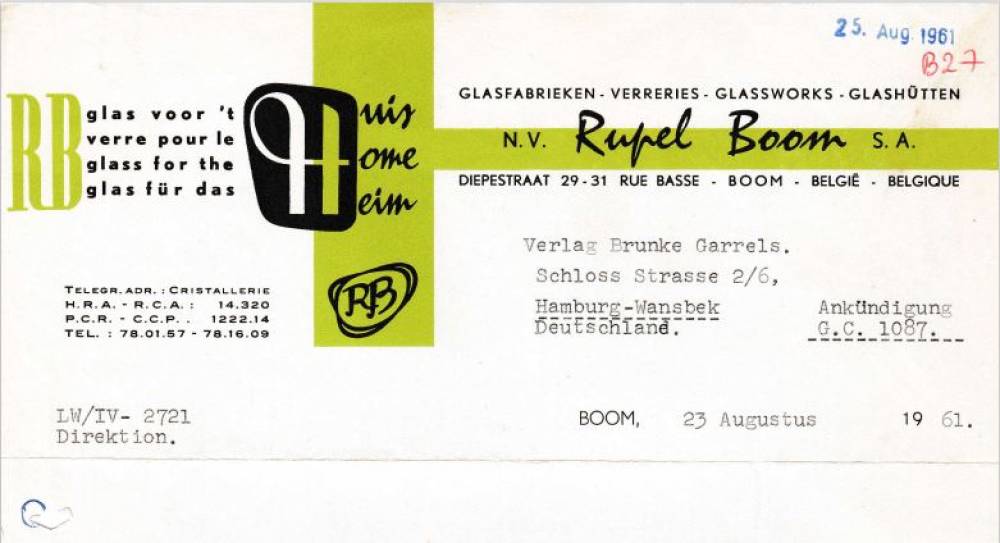 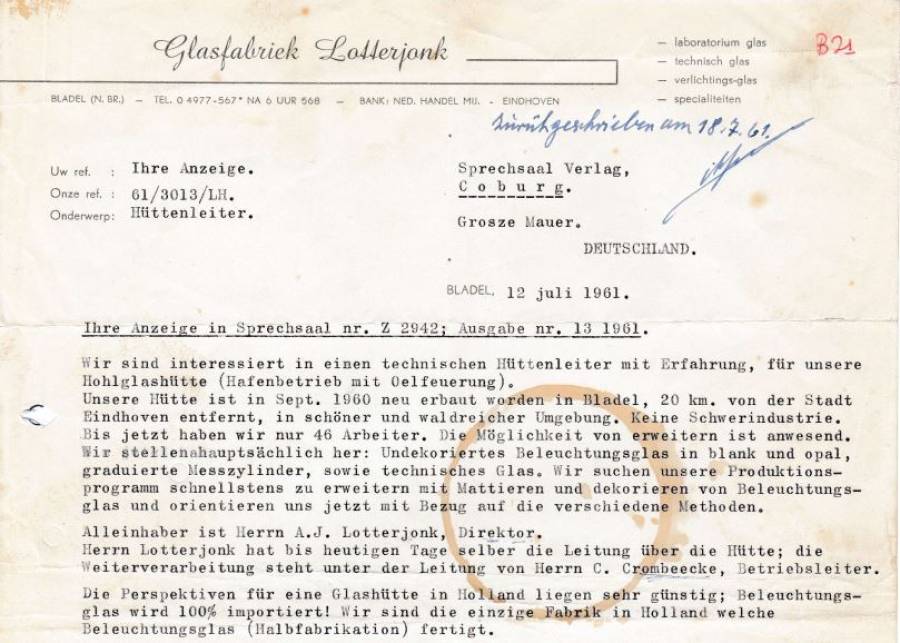 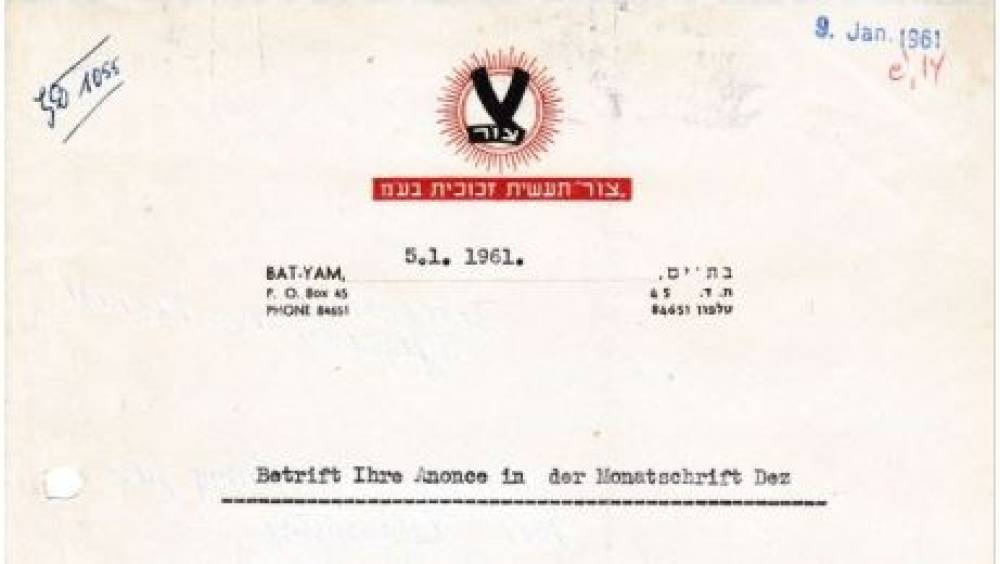 Alfred reacts on 18-07 to the conditions of Lotterjonk and he was very surprised. We have not found that letter in the archives. Arnold Lotterjonk reacts quite heavy with a letter of 5 pages. On the first page, he spits out his bile towards Alfred.

See answer from Arnold.He goes on to describe what his new factory looks like, what it makes and does. At the end of page 4, he does ask for a reaction and to indicate whether Alfred would like to come and work for him, after which he continues by saying that he would like to receive glass compositions from Alfred. Presumably Alfred has expressed his thoughts in his letter of 18-07 and knowing Alfred, he writes what he thinks, no more or no less, that was simply his character.

Alfred is waiting for his work visa. For his girlfriend Mrs Schünzel, the tourist visa is already in order. Twice, he sends a telegram to Gavish that they have to take care of the work visa. He wonders whether they still want to continue. In the meantime, following his announcement, he received a proposal from the Tzor glassworks in Bat-Yam, close to Rishon-le-Zion. See

proposal Tzor. In a letter to the foreman, he tells about this and thus provokes a quick response. He asks how crystal production and such is going and reports what he has already bought in Euskirchen at the request of ten Gavish workers. How is long Josef and black Josef, I am impatiently waiting for a message from you gypsies, etc.?

See letter to the foreman. The visa is finally in order by 19 January, after which Alfred can leave. Actually, his plan was to leave on 30 December 1960 to celebrate New Year's Eve with his girlfriend in Israel, but that was a disappointment. Once back at work in Rishon-le-Zion, everything went his way and he regularly sold glass compositions.

See acceptance recipes. In the month of October he contacts Tzor in Bat-Yam. On 10 October he receives a proposal and on 12 October he signs his contract.

During his stay in Rishon le Zion, his business and home are empty. To be on the safe side, he hires a night watchman who regularly goes out to take a look.

See night watchman. On 1 March, the company is officially deregistered with the administration so that taxes and all kinds of administrative obligations cease to apply. 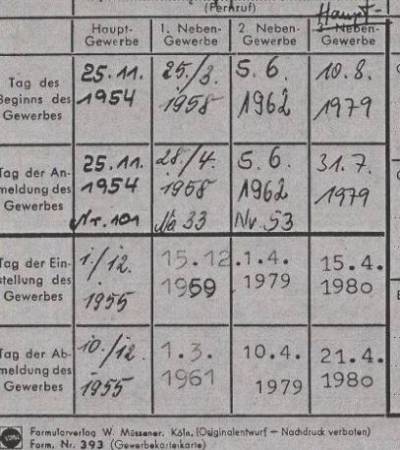 Halfway through the year, the case against the contractor apparently makes progress. In the letter from the accountant you can also see that the promised crate of oranges had not yet arrived in Euskirchen.

On 26 October Fritz jr. wrote to Alfred asking how things were going in Israel and whether he knew what he was going to do after his contract ended. Can we continue to work together in Euskirchen? I have not found an answer to this letter, but I did find a remark that Alfred wrote on the top left-hand side of the letter. Presumably there is some Alfred does not like.

See letter from Fritz jr.. The letter also says that Fritz' father had a stroke on 19 September and is partially paralysed on his right side. He is no longer able to write at that time. A photo of Fritz sr. & jr. after sr. returned home has jr. attached to the letter. 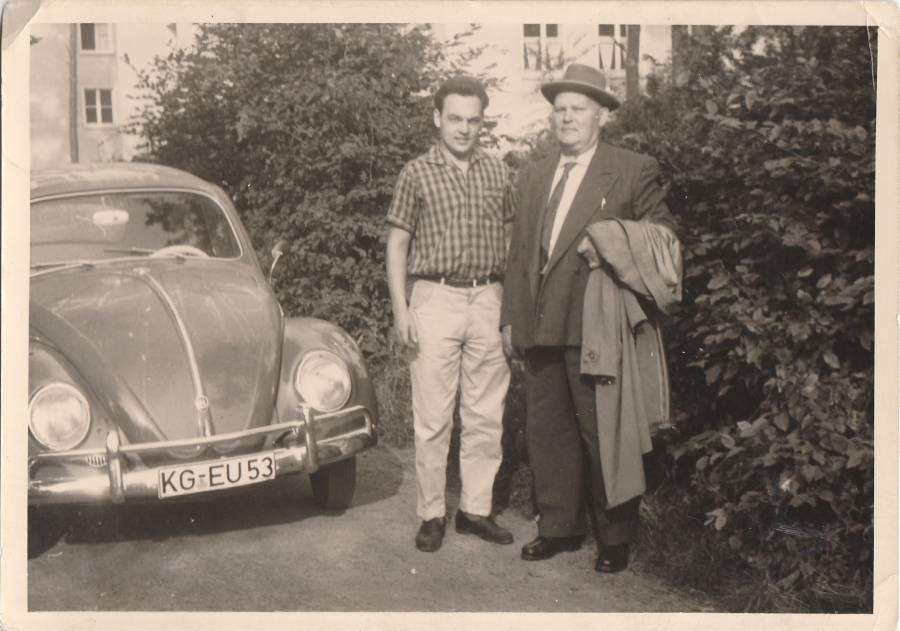