Alfred experienced his business peak at the Charlottalei in Hemiksem. When his wife had the factory impounded, things went very quickly in the wrong direction. Perhaps by listening to advisers who were not really experts, as well as by the rapidly changing society. The war economy had gradually turned into a normal economic event and many opportunities arose. Eastern Bloc countries were able to produce much cheaper products which disrupted the Western regular economy.

Alfred hoped to find cheap German workers in Grevenmacher but this was not the case. He was forced to let his expensive Belgian workers come over from Hemiksem. Cheap workers was the main reason to move to Luxembourg. Of course, it was taken into account that when it would come to a break with his wife, it would be legally much more difficult to start a lawsuit in Luxembourg from Belgium. At the beginning of March he is still doing what he can to keep his workers, one example of which is this.

See End. For his bookkeeper who had moved with his family, the end came hard. Suddenly he was without income and would return to Belgium.

On 10 June Alfred sells his company to the municipality of Grevenmacher for LUF 350,000 converted to its current value this corresponds to e 66,128 €.

Of course he still had enough AJEKO stock to do some prospecting. The problem was twofold: being able to sell at a very low price and guaranteeing sufficient production capacity. He had the staff to blow the glass, but he had no one to decorate it. In Hemiksem he had dozens of people who took care of that, often women. The latter, of course, did not move with him to Grevenmacher. His 2 best comrades and glassblowers Fritz Jochmann and A. Lotterjonk put their best foot forward but in the Netherlands it is no longer possible due to the competition from the Eastern Bloc and too late to achieve concrete results. Fritz who lived and worked in the United Kingdom apparently manages to have an importer for Alfred but also this leads to nothing because Alfred does not have the manpower to get started. During the war he was able to grow quietly and the economic conditions were totally different than now in peacetime. Unfortunately, the Christmans decorations story is over and it will never come back. Only for a short period of time and financially catastrophic he will work on Christmas decorations in France later this year. 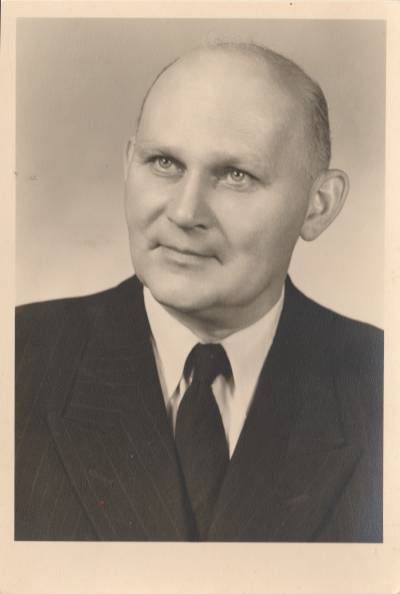 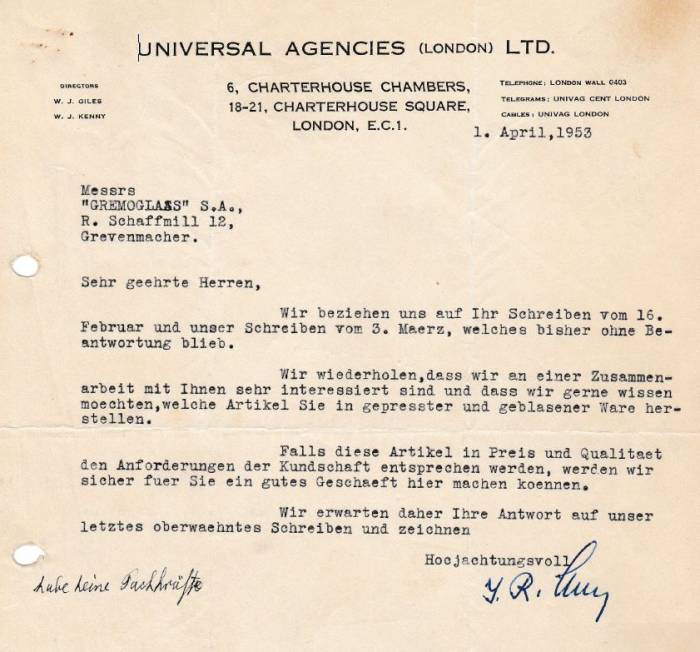 Universal agencies (perhaps a relation of Fritz Jochmann sr.) reports interest but at the bottom of the letter you see that Alfred writes that he doesn't have the workers for that. 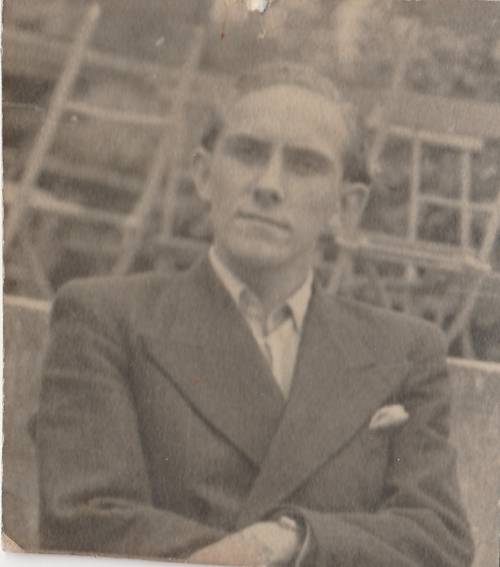 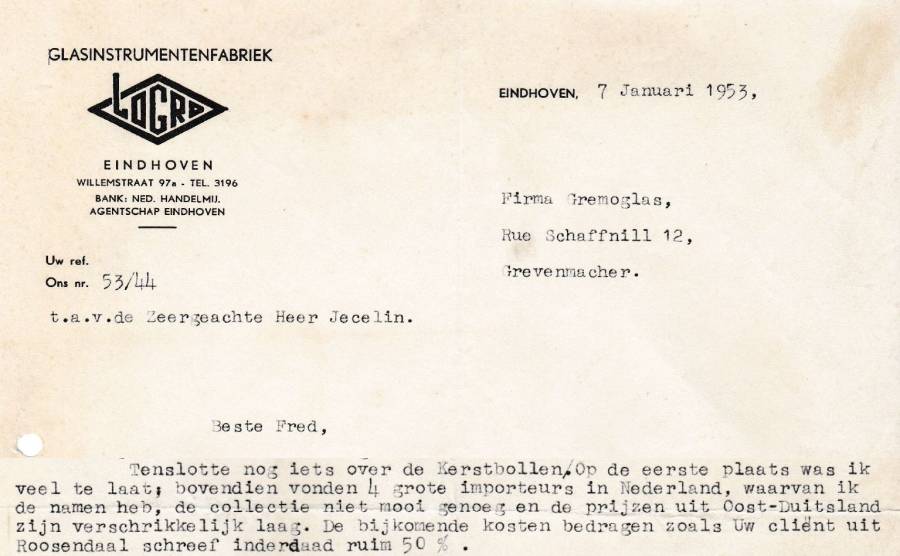 Lotterjonk reports that he is unsuccessful in selling the Christmas decorations. 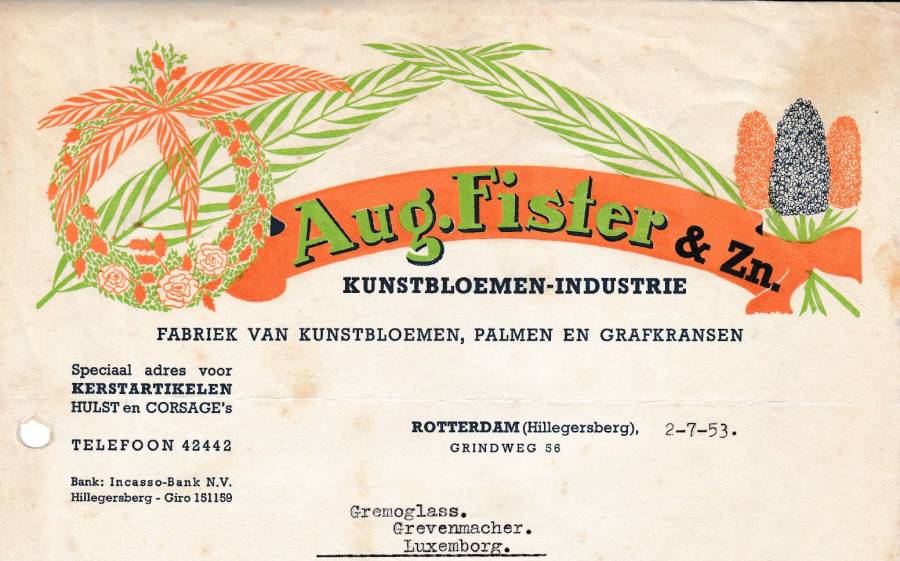 Alfred was having a very hard time. Every day he was doing 1001 things at once:

Sometimes there was a bright spot like his sister who came to visit him. She didn't know the address and hadn't heard from him for a while. She did know that he had gone to Grevenmacher. Where do you start? She thought we were going to have a coffee first and she asked the innkeeper if she knew Alfred and where he was staying. “Ha” the landlady said, “Go in the kitchen, he's eating there.” “I can go where I want” Alfred said “you'll always find me.”

In a letter to an old employee he writes his motto: 'Es geht vorbei', i.e. look at infinity, mind at zero and move on. 1952 was not easy, 1953 became a catastrophe.

Well, my dear boy, you know I've got a lot to chew, but it's three words..