In 1959 Alfred gave his curriculum vitae to an Israeli glass company where he wanted to work as a consultant. In it he writes that he lived in Rückers during WWI and that he had to leave school at the age of 12 to go to work. After the war they went back to live in Weißwasser and started working at the Osram lamp factory. Registrations and unsubscriptions are missing in Weißwasser, only the addresses where he lived are available. The rest has been destroyed or lost. In Rückers itself there is nothing at all to be found because this municipality became Polish territory.

In 1984 Alfred describes in a letter very briefly the beginning of his career. During the first world war Alfred worked together with his father in Rückers Grafschaft Glatz, where his father was working with French prisoners of war coming from Alsace-Lorraine. He describes them as brave and decent people from whom he got always a piece of bread. The nights that he has spent his life in glass blowing are not countable. He was so focused on learning thoroughly the glass melt as well as the creation of many glasses types. 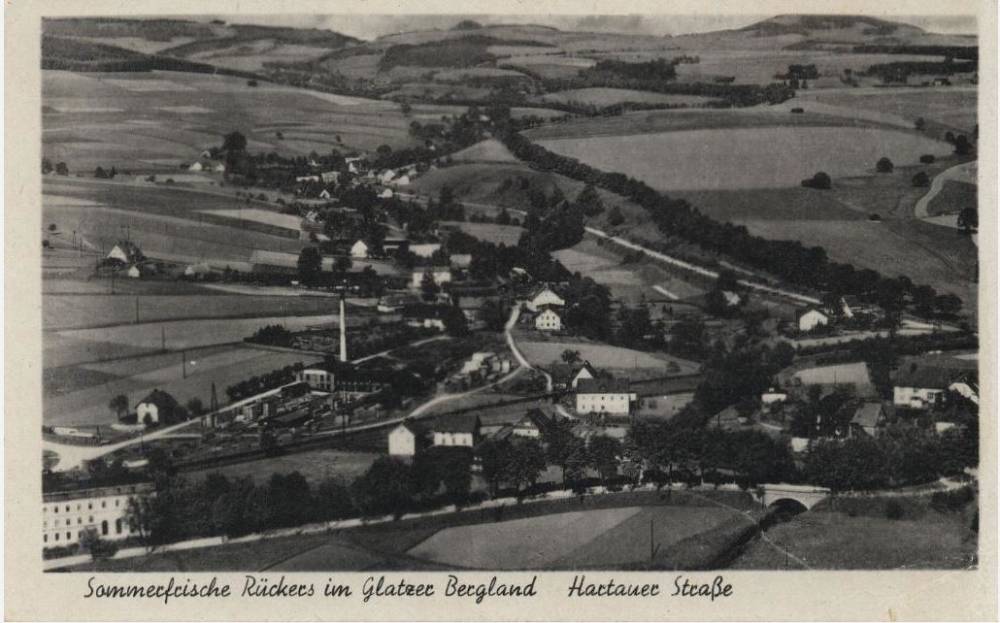 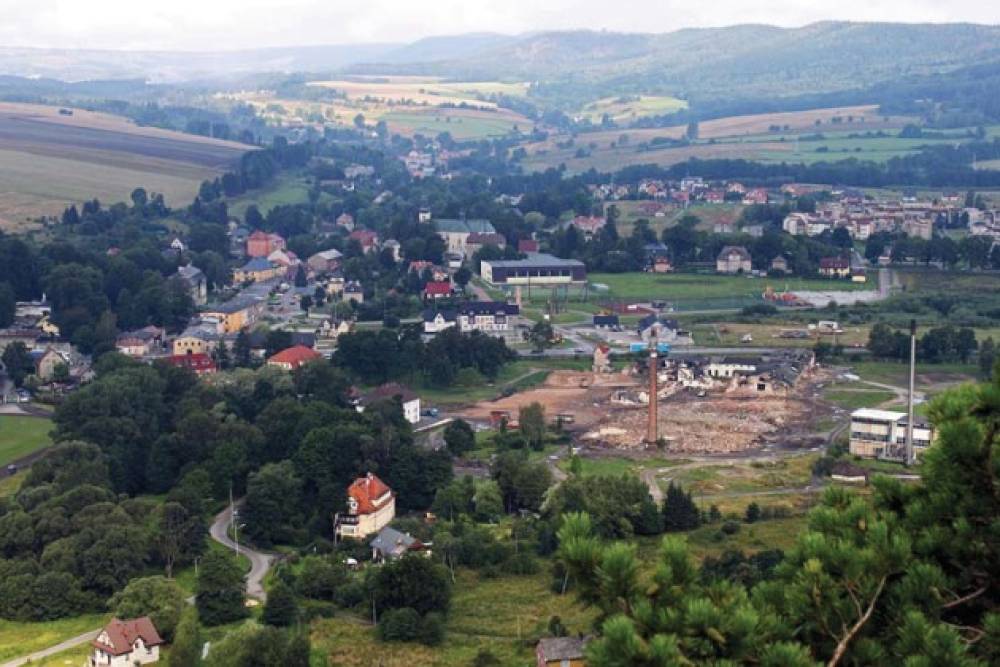 2014 View of Rückers from the Waldstein Castle on which you can see the remains of a broken-down glassworks. Possibly the place mentioned here may be the site mentioned abover.