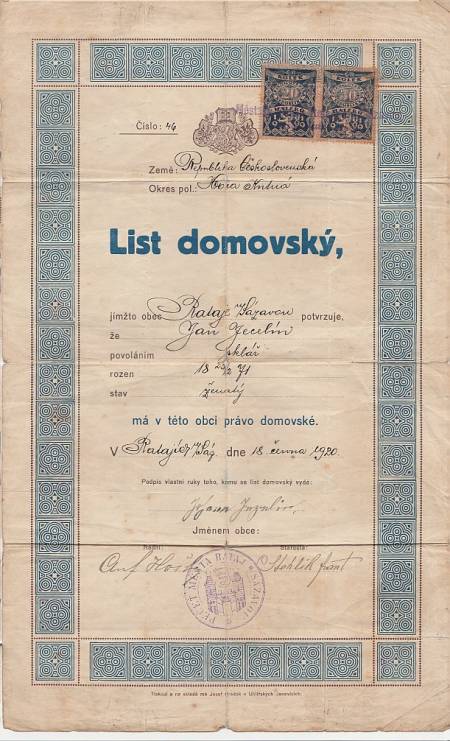 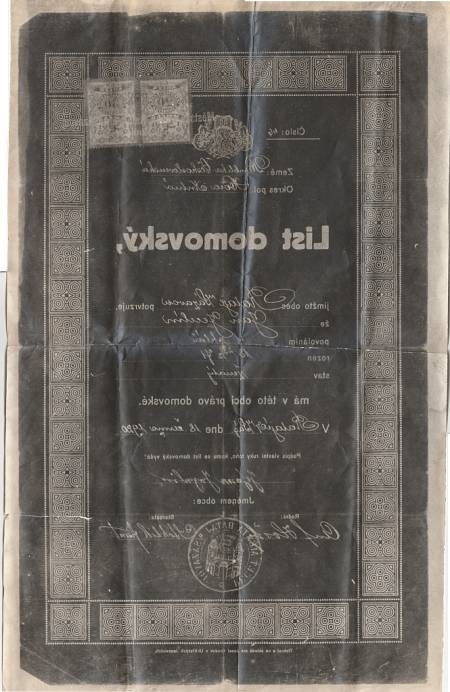 A 'List Domovsky' was awarded to people in the municipality of issue:

With this document they had a number of social rights such as the right to live in the municipality and if they were in poverty or needed help, the municipality had to help them further. It was sometimes used as a kind of identity document that, together with a visa, gave the possibility to cross the border.

The layout of the documents was designed by each municipality. It was introduced in 1849 and was used until the end of 1948.