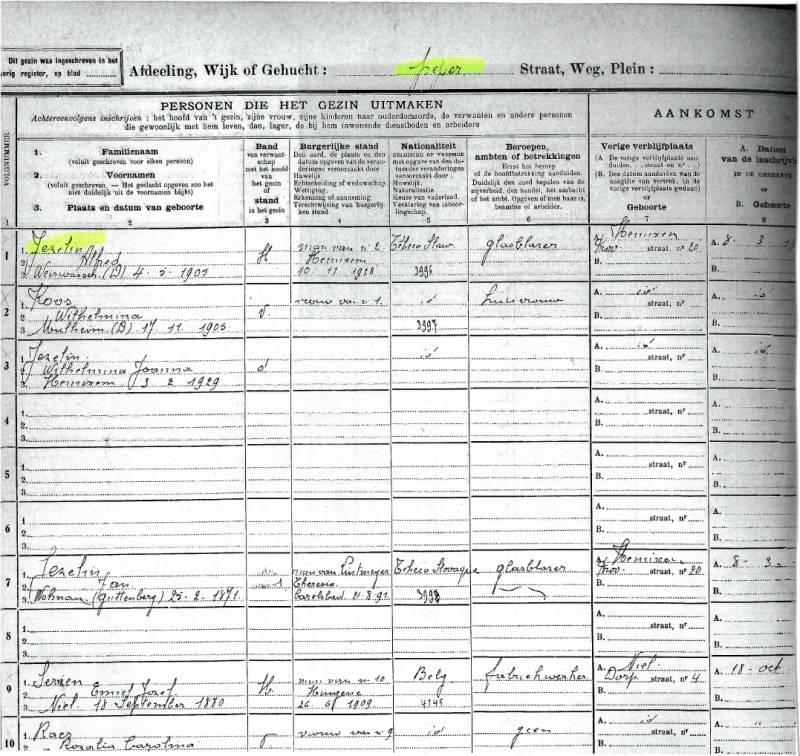 The numbering of the houses in the Peperstraat changed later on. In 1929, the Jezelins lived in number 21 and possibly for a while in number 45 where the glassworks were located. This will be further checked. At that time, Alfred rented at the same time no. 21 and 45. Later the numbering of the houses in this street was renewed. The current house number for nr. 21 in 1929, is not yet known but was definitely along the side of the town hall, not on the other side of the Fabiolalaan.