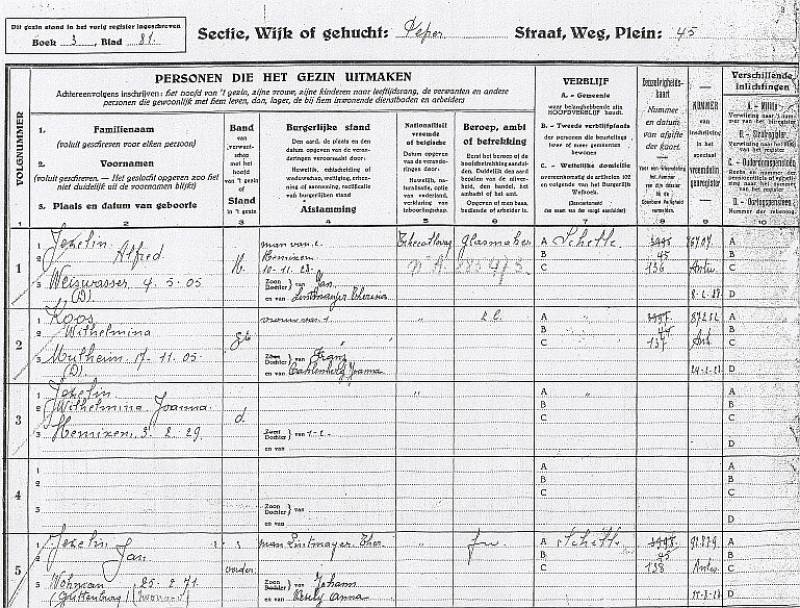 The numbering of the houses in Peperstraat changed later on. In 1929, the Jezelins lived in number 21 and for a while in no. 45 above the glassworks. This is being further investigated. Today the same house has number 71. It is certain that he moved from one address to another to live and his glassworks stayed here in number 45 until he started working at Van Wauwe and moved back to Hemiksem.

No application for the operation of a glass furnace was found in the archives of the municipality in 1929. Perhaps he stayed for a while under the radar with his home crafts, as he only employed 1 worker in 1935 and 1938. We were able to find this in the municipal taxes on staff. Alfred has also worked in the large glass factory in Schelle, but until when exactly I have not been able to find out for the moment.

Info about the municipal tax.