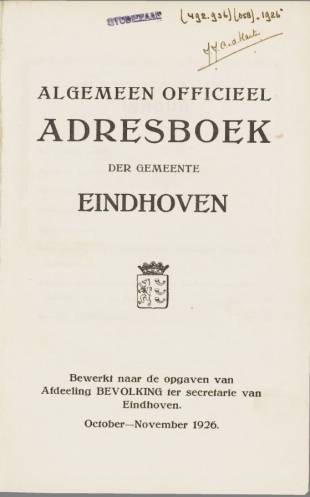 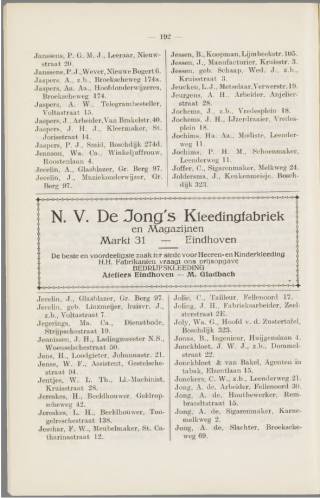 In the picture above right you can use a magnifying glass by moving the cursor to the place you want to enlarge.

At the end of 1923, father, mother and daughter were registered in the Berkenstraat. A year later they move to the Voltastraat, whereupon a de facto separation takes place, probably in 1926 as a result of mother joining a sect and wasting all the household money on it. The sons cannot be found in the registers until 1926 where, thanks to the rhc in Eindhoven, we finally found a first official clue in the 'General address book of the municipality of Eindhoven'. Father Johann sr and his sons are listed at the address Grote Berg 97 but you can't find them in the population registers. In the population cards you can find the father at the addresses of his wife and daughter but the sons are untraceable. At the very end of 1926 Johann jr married and then ended up in the official population registers. One possible route could have been that the brothers worked at Philips and were given shelter there, but that cannot be confirmed to us. Philips Company Archives reports to us: “From 1915 onwards, Philips had its own glass factory in Eindhoven. It was difficult to get enough glass blowers in Eindhoven or the Netherlands. In this way, they were attracted from, for example, Leerdam and Maastricht. They were also attracted from Belgium and Austria. However, I was unable to find information about the Jecelin family in our archive. Personnel files are not stored in our archives anyway for reasons of privacy, but I have not been able to retrieve any information from other sources. It is possible that they have worked for Philips, but I cannot confirm it from sources. 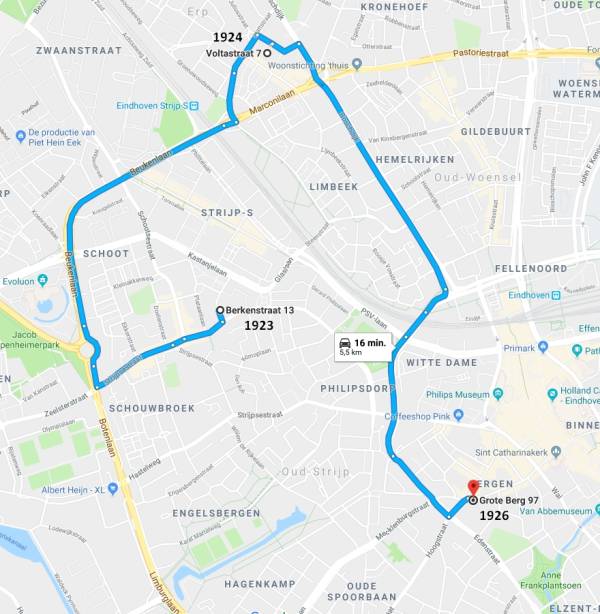